The fivefold ministry was commissioned by Jesus and works within the local church, which is the training ground for ministry. These ministers – apostles, prophets, evangelists, pastors and teachers- are coaches who equip and train God’s people in releasing His power for works of service. DOVE Canada recognizes and recommends the following fivefold ministers to train, mentor and release the believers in the Body of Christ. 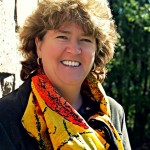 Lynn serves as an apostolic leader on the DOVE Canada Apostolic Council. Lynn is a gifted teacher and is passionate about speaking to women and also about encouraging the church to get involved in missions.

Lynn is in leadership of DOVE Canada Missions (DCM). She has participated on and led numerous mission teams in the nations of the world. Some of these teams have focused on prayer and intercession in anticipation of new expansion of the Kingdom of God.

Ginny is a former registered nurse and is currently serving with her husband, Ed in his Apostolic ministry with DOVE Canada. In 1980 she helped to establish and lead New Life Covenant Community (where they still live). Ed and Ginny were the Lead Elders of DOVE Kitchner until 2005.

Ginny has a strong desire to see Canada reach her destiny as a nation under God. Ginny’s giftings are pastoral, prophetic, wisdom, discernment and encouragement. She loves to mentor and encourage leaders, to help churches grow and remain healthy and to encourage women to reach their destiny practically and spiritually. She has been married to Ed for 52 yrs. and has two married sons, Steve (Rhonda) and Mike (Kate). She also has three amazing grandchildren. Ginny really enjoys sharing meals and lots of laughs with family and friends.

Mark is an encourager, known for his intimacy with the Lord. He has a heart for evangelism. He operates in the prophetic and healing gifts. The Lord has given him many stories to share with others to encourage them. In 2008 the Lord gave Mark a word through a friend; “if you want Quebec it’s yours for the taking". At the time he was a resident of Keswick, Ontario, longing to see revival there.

In 2011 he visited family in Sherbrooke, Quebec and attended a teaching by a visiting pastor. During the teaching, this man whom he had never met began to prophesy over him that the Lord was going to re-locate him. Within a matter of weeks he left his life in Ontario and moved to Quebec. Mark had a keen interest in the global prayer movement and was delighted to discover a house of prayer in Sherbrooke. He soon became a full time missionary at the Quebec House of Prayer and now leads The Garden Gate house church in Sherbrooke.

Brian Sauder currently serves on the International Apostolic Council of DOVE and directs the DOVE Training Schools. He and his wife Janet help to provide oversight and direction for DOVE churches in Canada, USA and South Africa. Brian has a unique prophetic flavor to his teaching and leadership development skills.

Initially trained as an Industrial Engineer at Penn State University, Brian now provides others with the tools to design and build churches, ministries and organizations.  Brian served nine years as an elected government official on the local public school board including two years as board president. Brian is the author of the book A Practical Path to a Prosperous Life that was birthed out of a personal revelation which has since become a life message. Brian and Janet have five children and have been married for 28 years. They reside in Manheim, Pennsylvania.

David served as an Electrical-Mechanical Maintenance and Design Engineer before accepting the call to full-time Christian ministry. After serving as the Director of a Men’s Mission and an interim Pastor, he moved to Quebec, Canada to plant a church and develop an Apostolic Centre. He enjoys teaching, exhortation, short-term missions and developing training courses, books and manuals. His Mission Statement is “to build, equip, and release purpose in people’s lives.” He is married to Kathleen and has four grown children.  Email:mailto:dhibbert@destinychurch.ca

Philip has been ministering for over 35 years. He served as senior leader in churches in New Brunswick, Burlington, ON, and Woodstock ON.

Philip was trained in Fundamentals of Addiction at Fanshawe College and following his studies was employed as an addictions counsellor. This experience created a deep passion to educate and empower individuals and the Church to live in freedom in every measure of Spirit, Soul and Body. He now serves as a Transformation/Empowerment Coach.

Coupled with his gift of exhortation (Grk: to call near) he has had the privilege of helping many people awaken their God-given purpose through intentional and purposeful living.